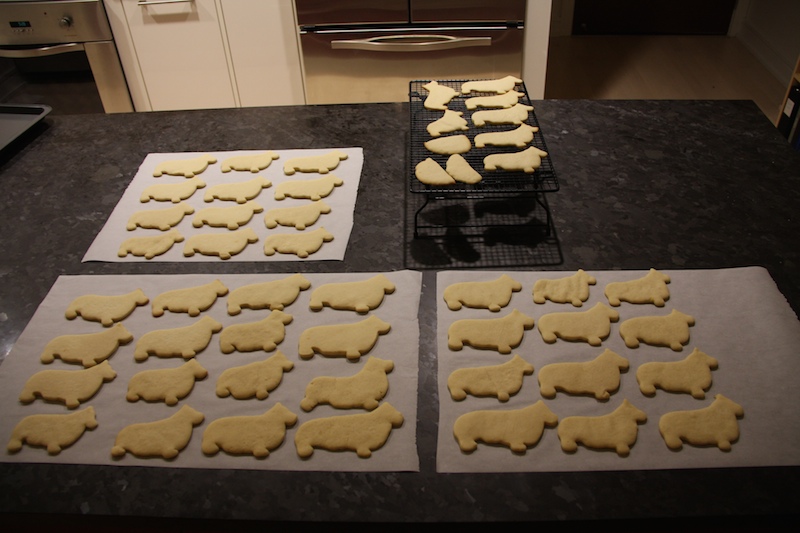 It took me 3 1/2 hours to bake 47 corgis. Not too bad actually. This was the step that I dreaded the most. The 2 times I've made sugar cookies, cutting them was the biggest challenge. But the recipe I used this time was a little easier to deal with. Plus the dough was chilled, which I learned, helps tremendously. When the dough got too soft, I just popped it back in the fridge and worked on another batch. And I sandwiched the dough between parchment paper when I rolled it out. I used to just flour the counter and flour the rolling pin...if I had a rolling pin...I had to use a plastic cup as a rolling pin once.

Of course, not all of them turned out perfect. 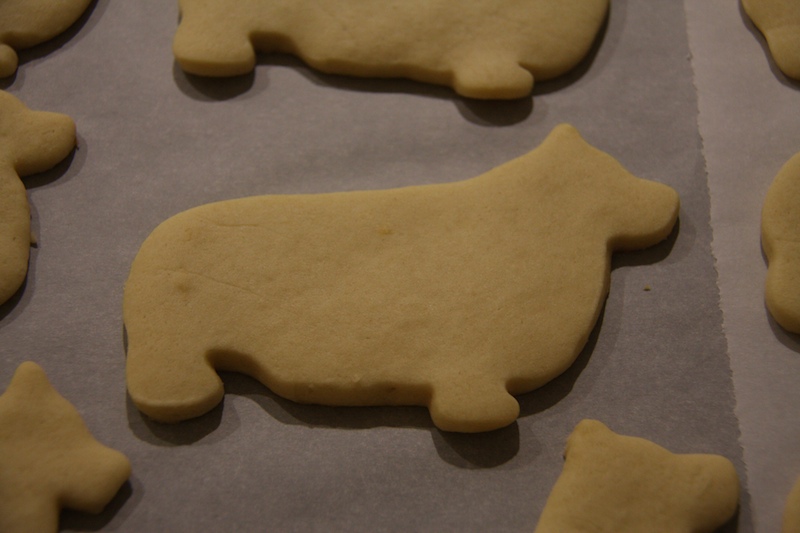 But they didn't turn out bad at all. In fact, they just have more personality. 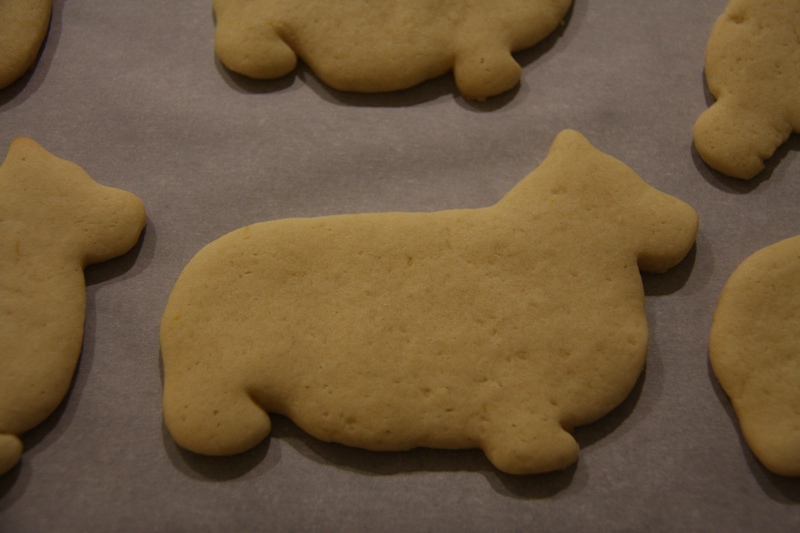 This one is a little chubby. Well, chubbier than corgis normally are. They're just genetically chubby. With short little legs. Which makes them sooo adorable. 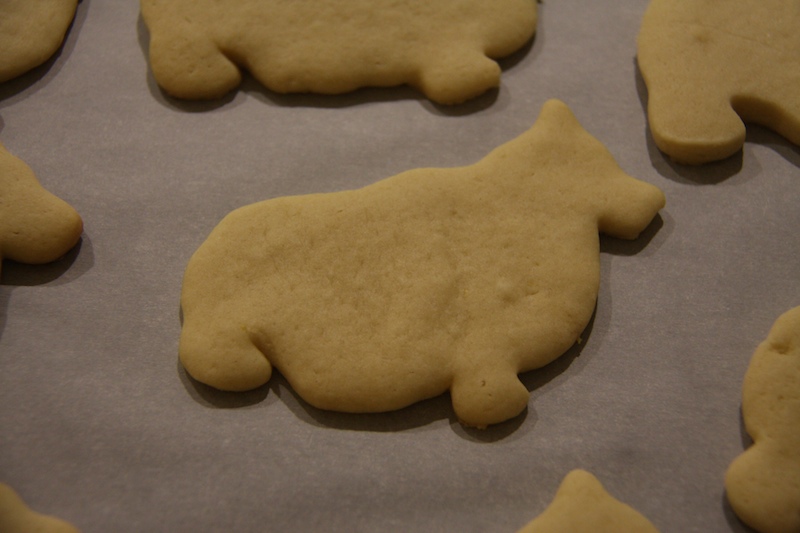 This guy though is carrying a little more weight than he should. His stomach drags on the ground when he walks. Maybe he ate too many sugar cookies.

Tomorrow I get to decorate them. Which will probably be the funnest part for me. But it has a high possibility of being challenging and frustrating, too.

Just for the fun of it, here's a pic of the corgis in our family. 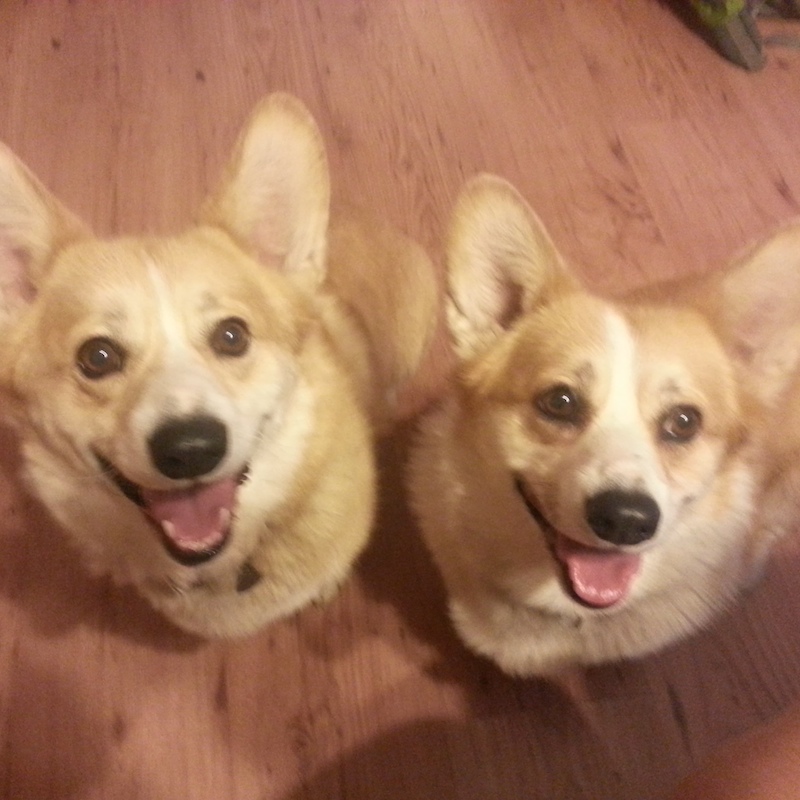 They live with Jimmy's cousin and have visited us a couple of times at the hideaway.

Didn't get a chance to grab a snapshot around town today, so here's a pic I took tonight of our tall and slender tree. 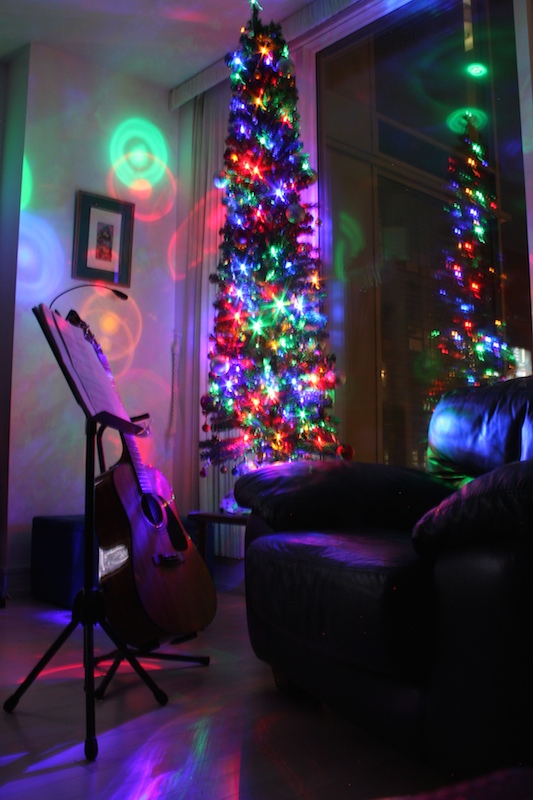 You can't see them, but I added a few more ornaments to it this year. I've decided that I like basic round Christmas ornaments best for this little tree.