The deck at our hideaway has been a year and a half project...but it has been worth the wait. It's still in progress, as you'll see if you choose to follow along...

You may recall that demolition of the old deck started July 2013... 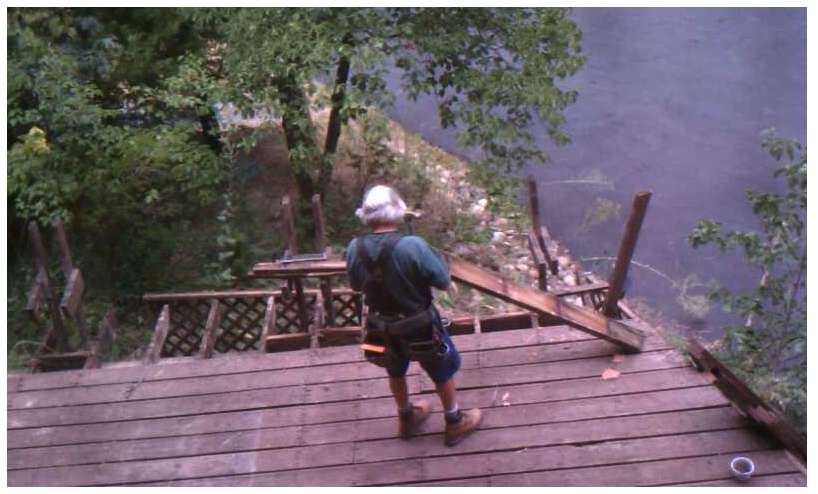 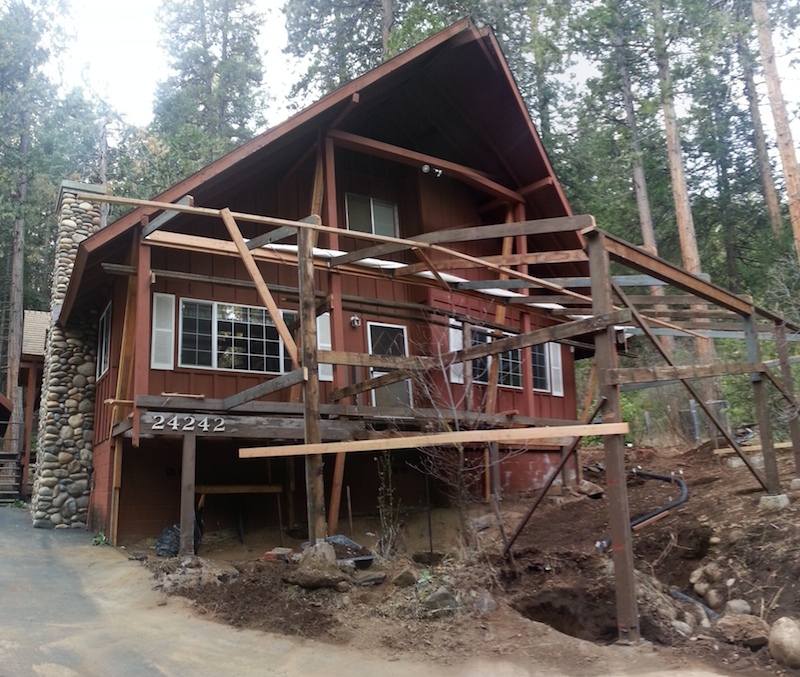 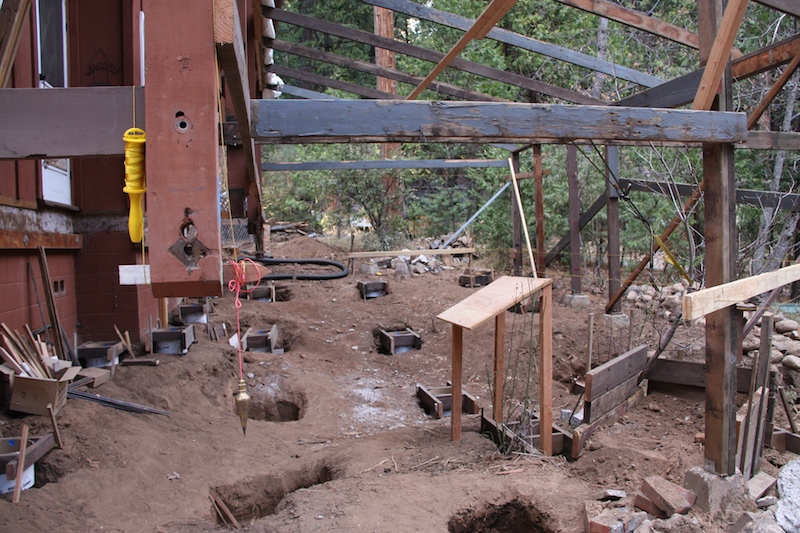 The new holes for the piers had been dug and were ready for the cement to be poured in. 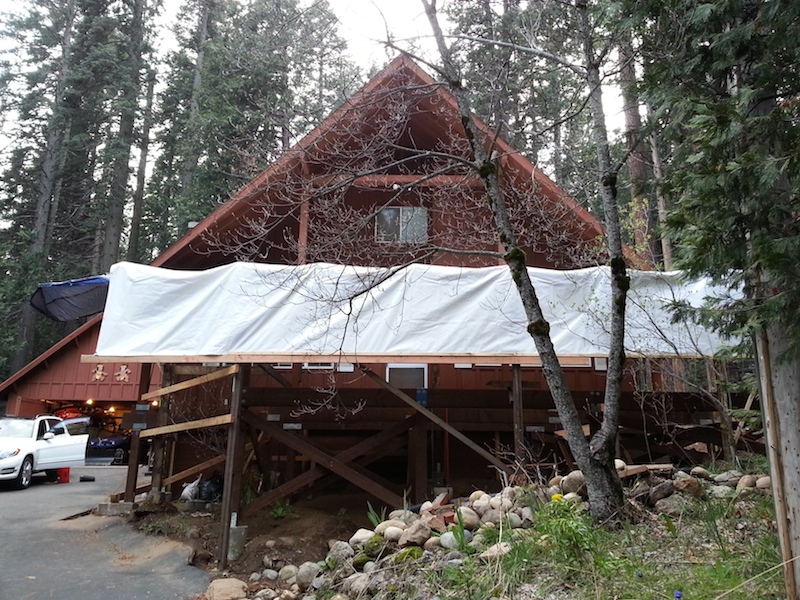 The contractor had built a temporary tarp over the structure so he could work through the weather.

The concrete had been poured and the new piers were in place. 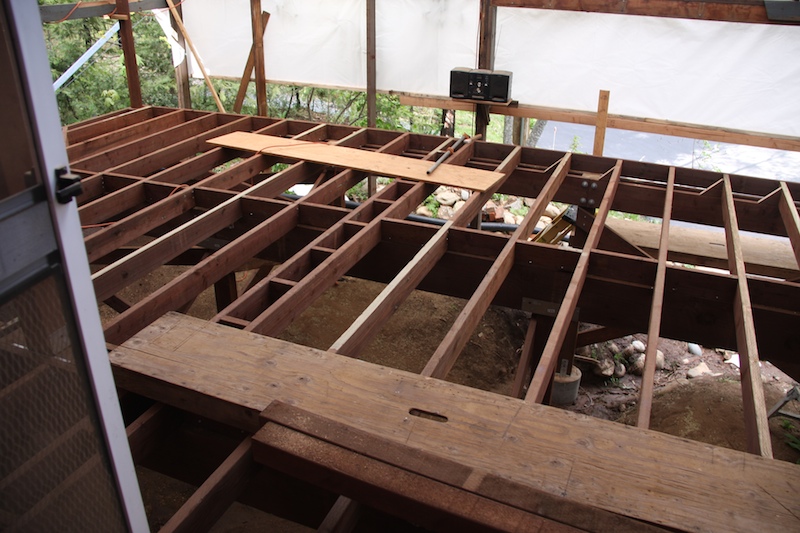 the floor structure was in.

We told our contractor that we needed some useable deck by July when we had our annual Camp Retz... 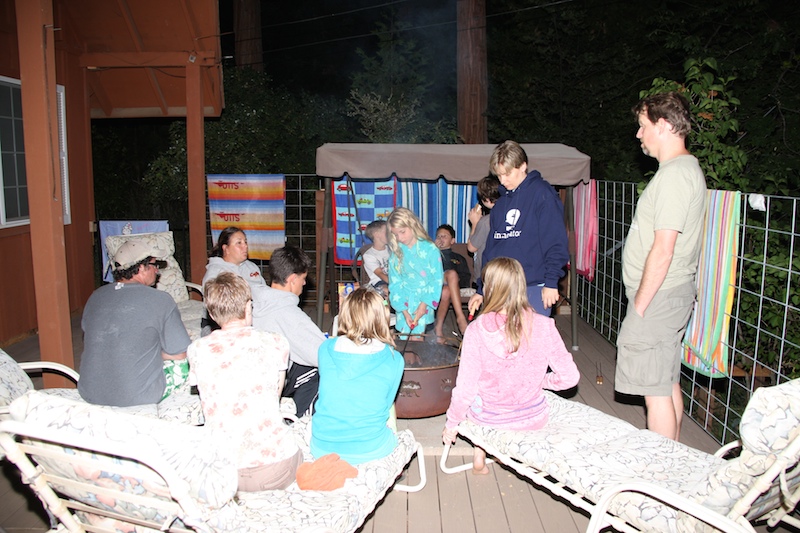 Hurray!!! Yes, we did have a useable deck just in time for the crew to enjoy smores after a long day at the lake.

The railings still weren't up, but the contractor put up temporary fencing to make sure no one fell off.

But finally in September... 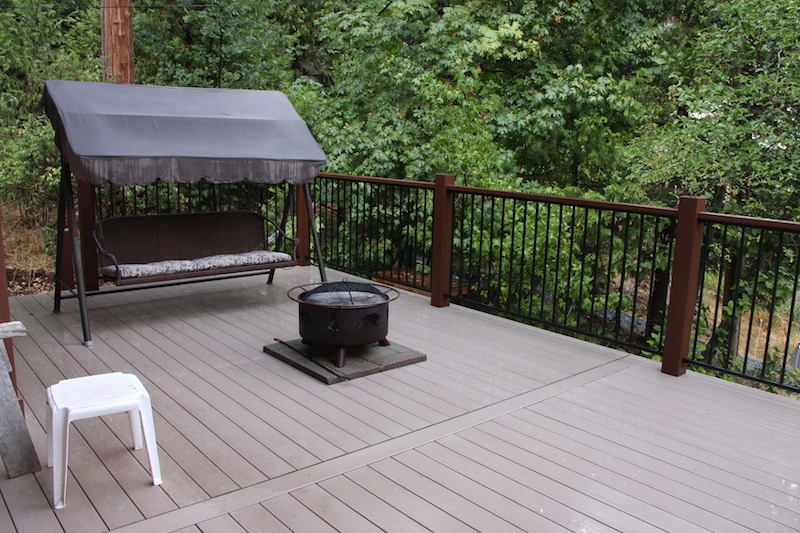 The railings were up! OMG, we were so excited. It was everything we had dreamed of and worth the wait. 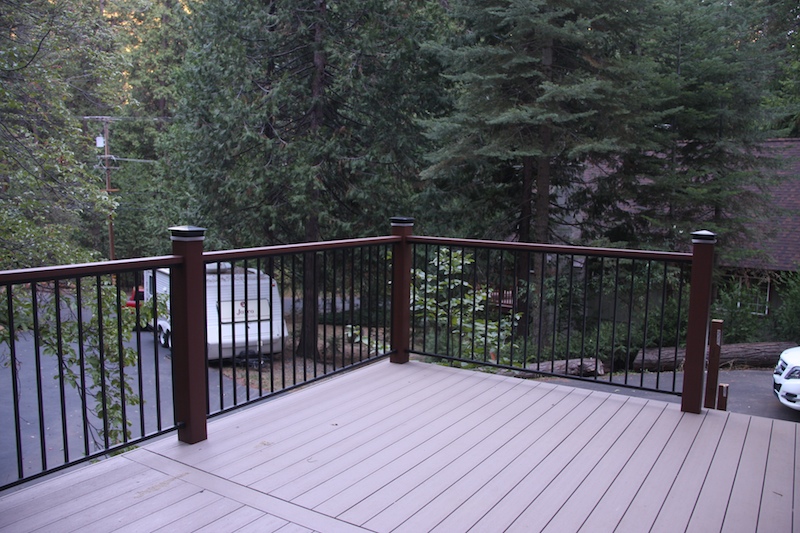 The lights on the posts had been installed. 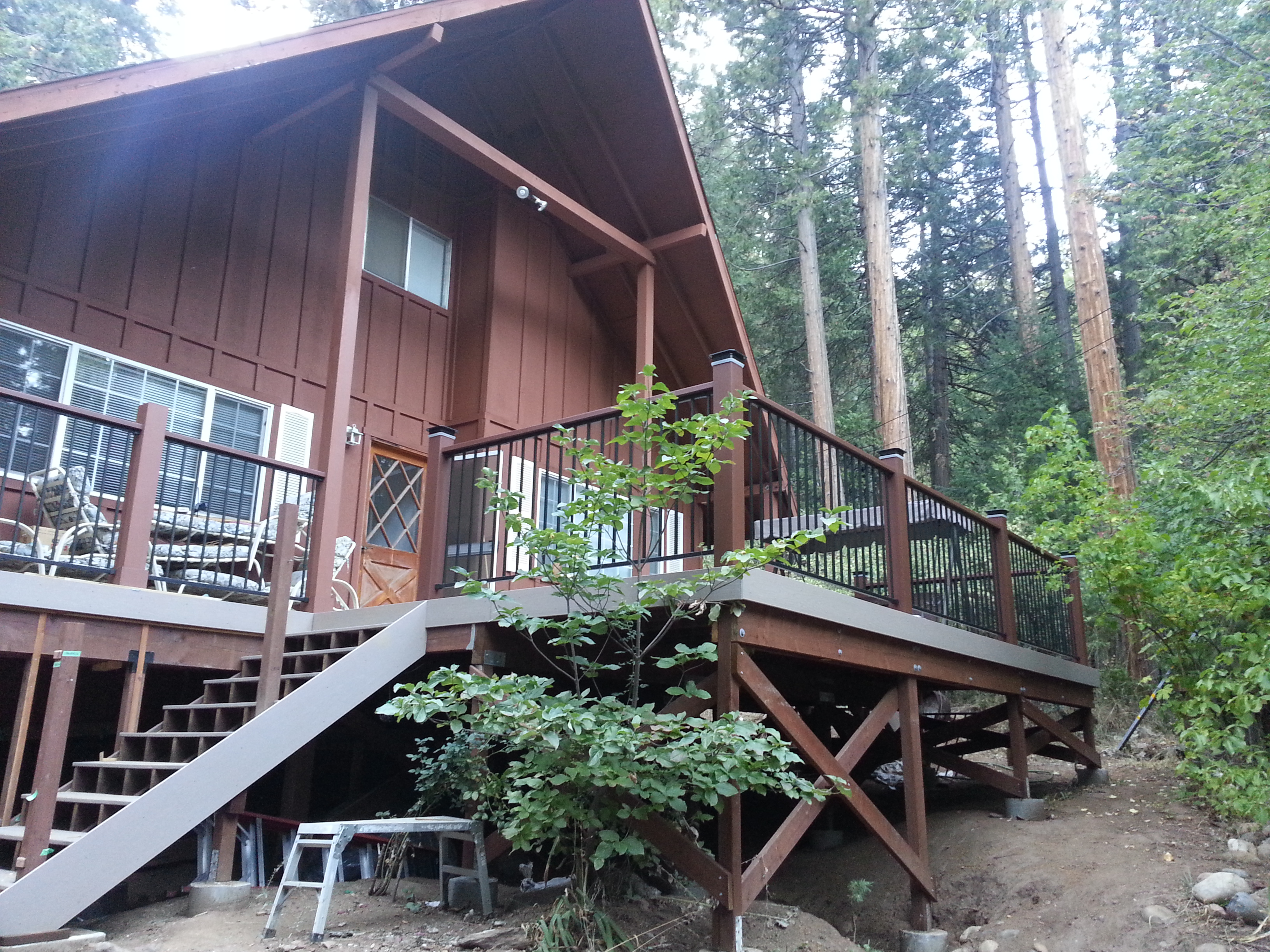 But they hadn't been turned on to the electrical yet. But man, were they pretty! 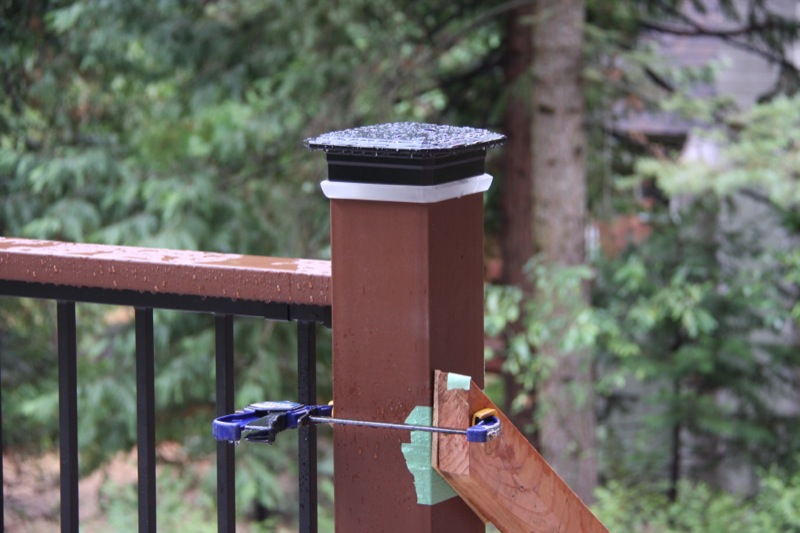 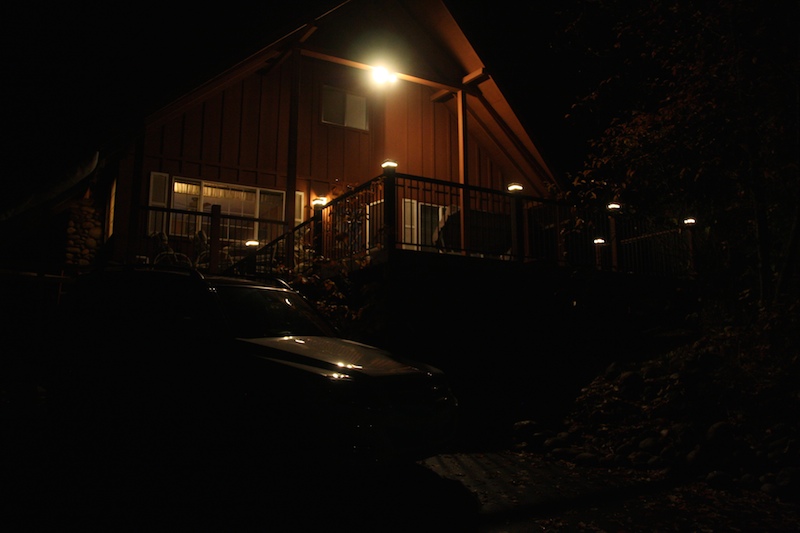 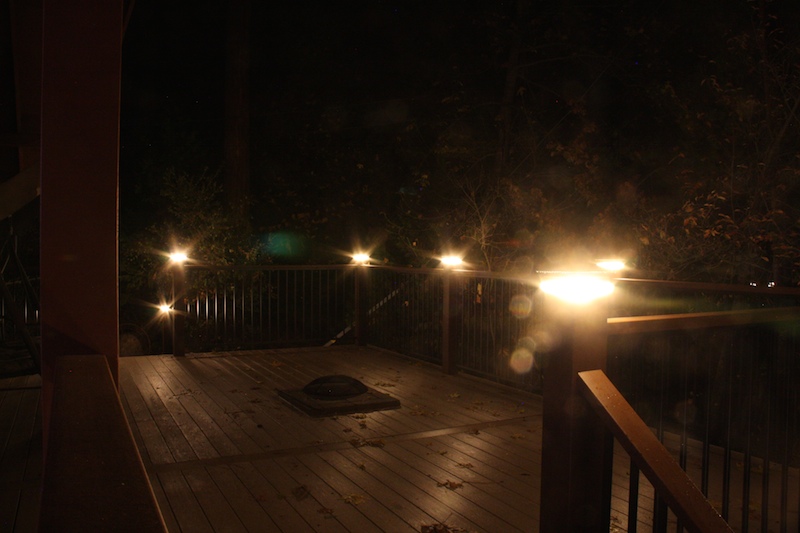 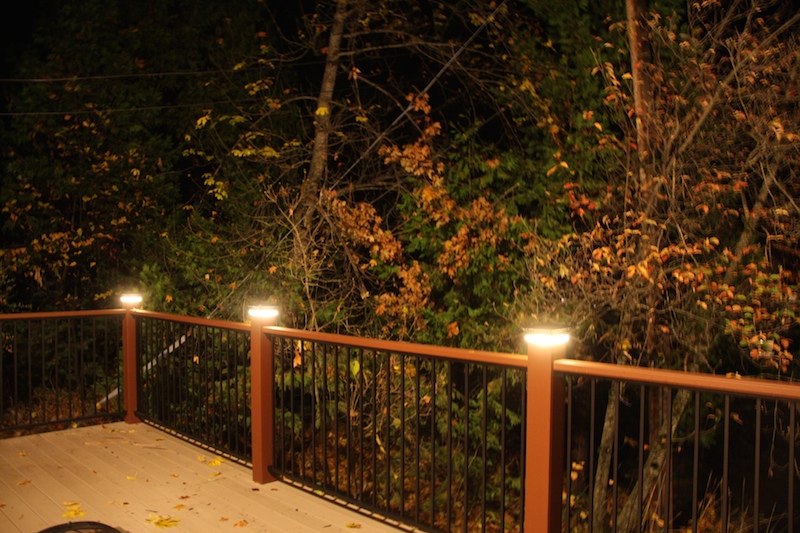 It's better than we imagined.

But that's not it!
We plan on doing a wrap around deck. 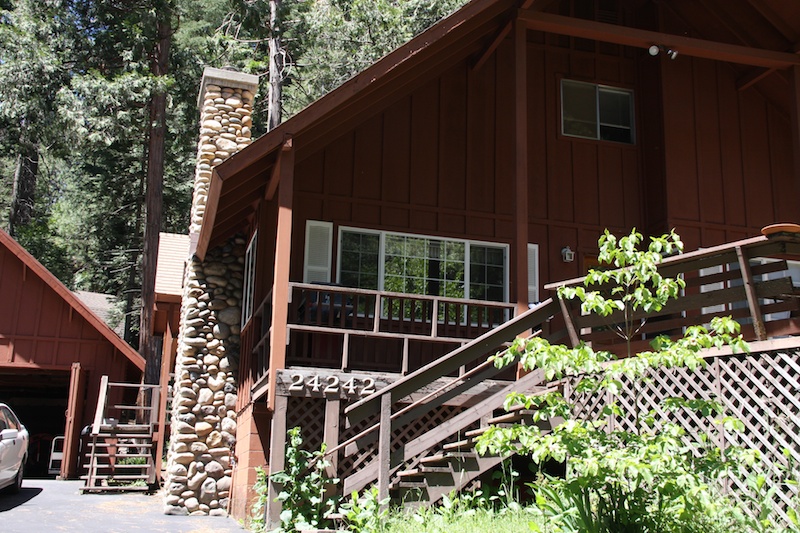 See that small back deck near the garage? The deck will extend back to there, next to the chimney. That small deck goes into the kitchen. We'll have to reconfigure the steps up to the kitchen, but that's already been discussed with the contractor on how it'll work out.

Work on that started in September... 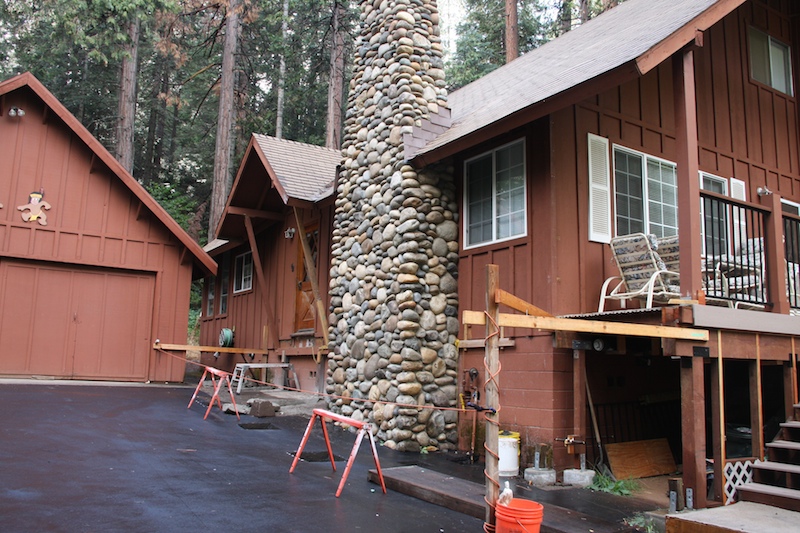 Holes have been cut out of the asphault so the concrete piers could be poured. 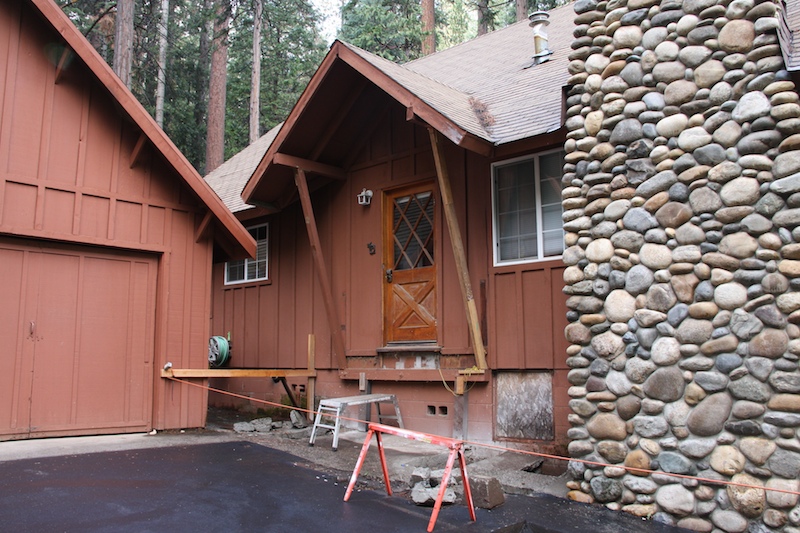 That kitchen door is our main entryway. No one really uses the 'front door', so it's been odd having to use it, but we're getting used to it. :)

Our contractor already built a temporary tarp over this part so he'll be able to work through much of the winter. Hopefully this side will be done by the end of spring or early summer.

Major work, nice to see it's finished. Happy Thanksgiving. Will you be enjoying a cup of cocoa on your deck this Thanksgiving?