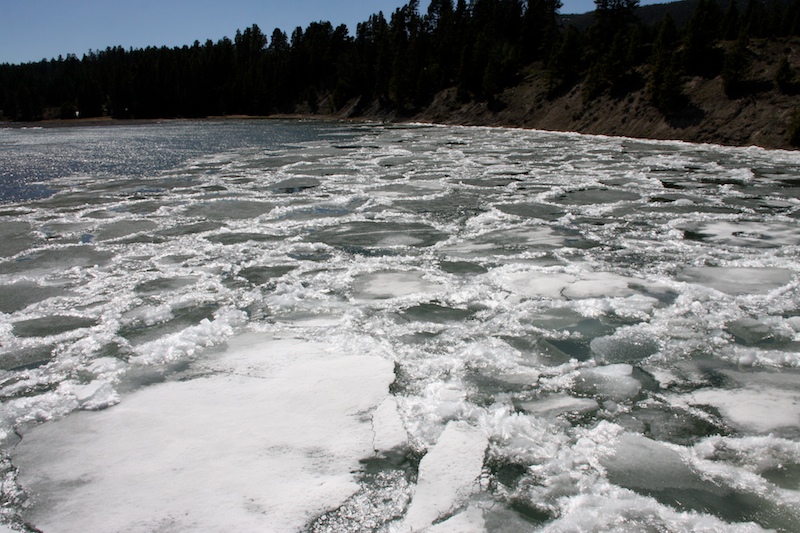 For us California peeps, this was one of the cooler things we saw on our trip. 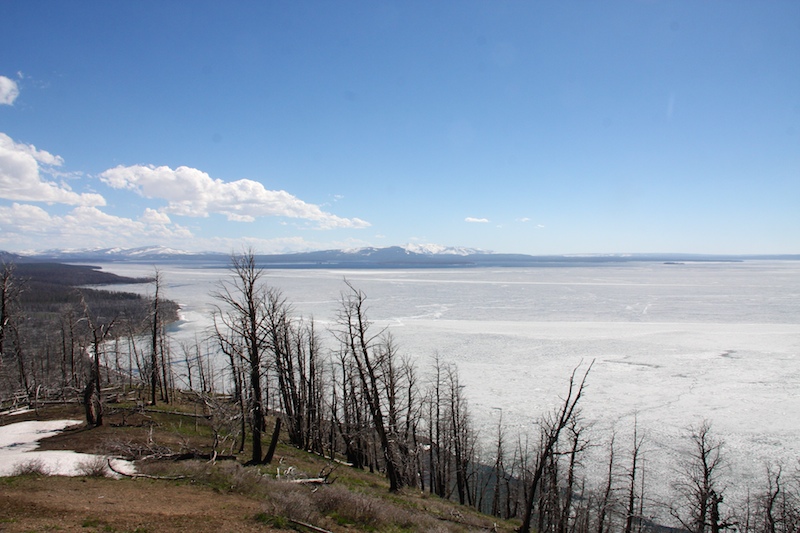 The Yellowstone Lake was still covered with ice.

It flows into to Yellowstone River but there's a bridge, called Fishing Bridge, at the mouth of the river. 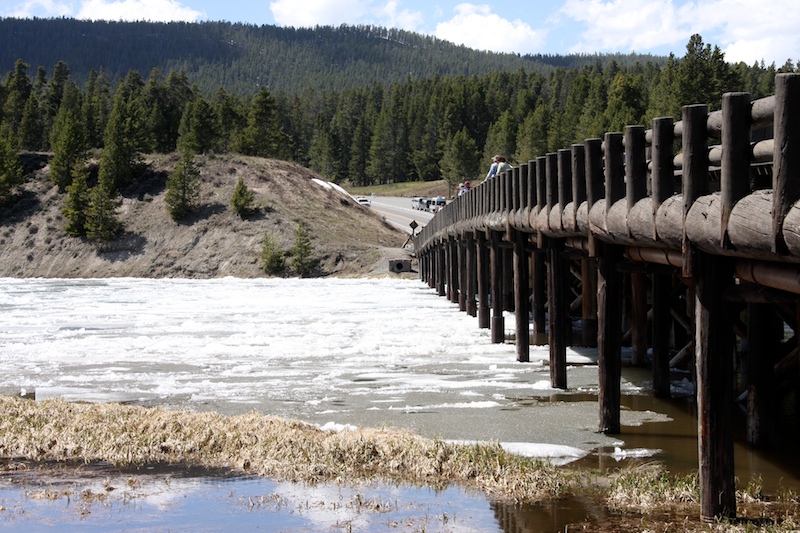 The pylons of the bridge kept the ice from flowing through smoothly, creating an ice jam. I've done a bit of internet searching since then and it's not uncommon in areas that get really really cold. 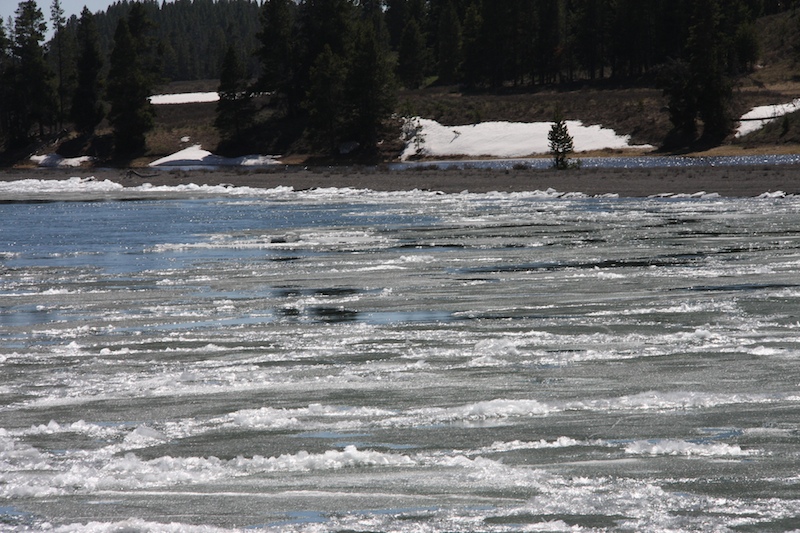 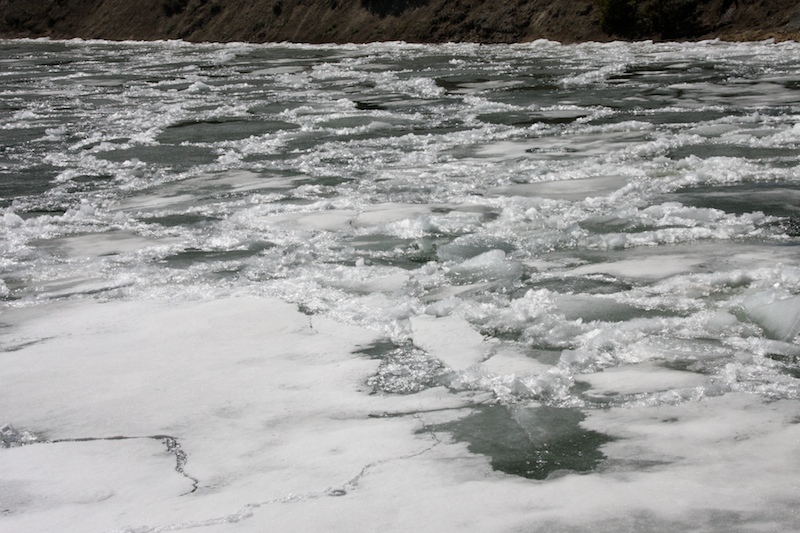 We had no idea this phenomenon would be happening. We planned on maybe spending 5 minutes at the bridge, but ended up watching the ice for an hour at least. 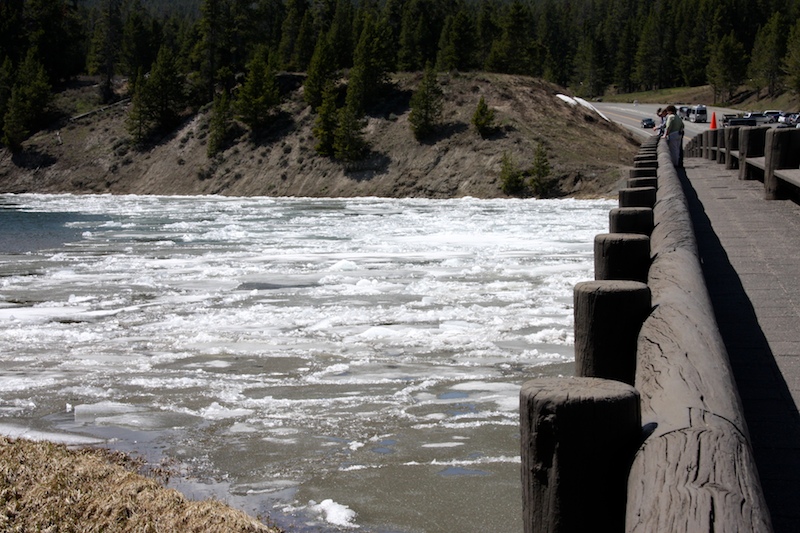 We chatted with a ranger and he said that it looked completely different 2 hours earlier; it changes constantly depending on the wind. In fact, we drove by a couple hours later and there wasn't any ice jammed against the bridge at all. Seemed like we caught it at the perfect time.

The way the ice moved and slammed against each other, Jimmy said it was like plate tectonics, each flat of ice was like a continent. 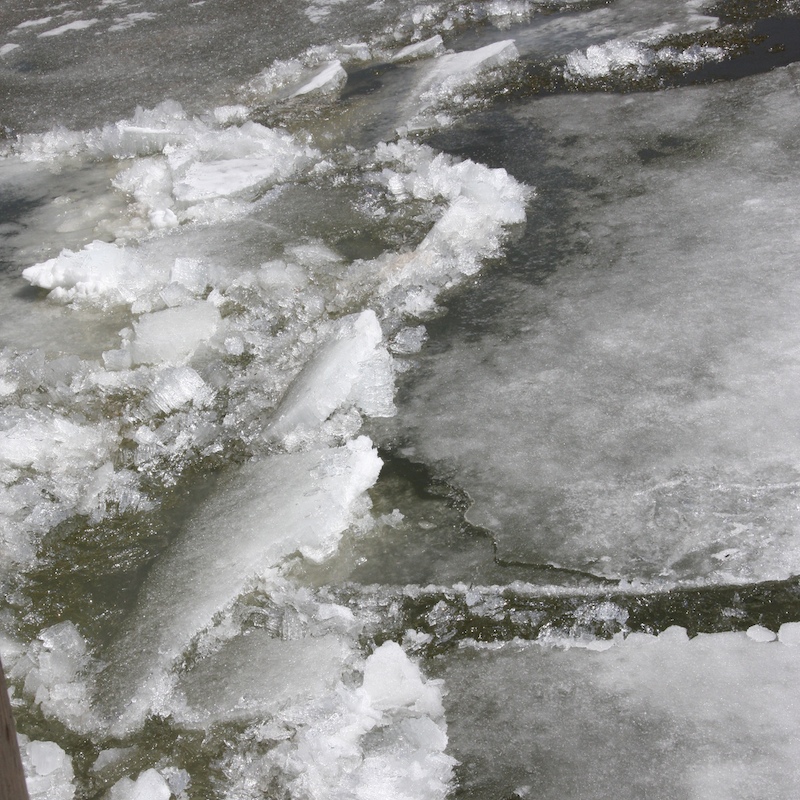 You could visualize how mountains were formed as they butted up against each other. 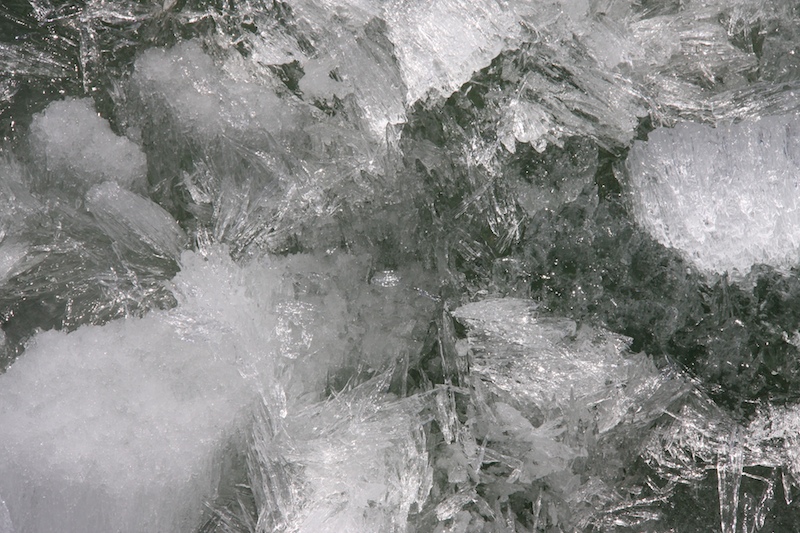 And when that happened, ice shards would break off. 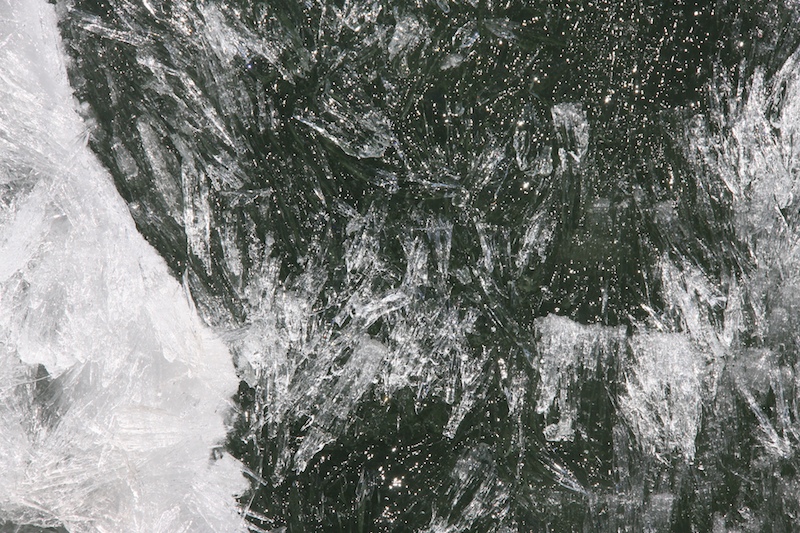 The sound of the shards rolling around in the water was really cool, too. 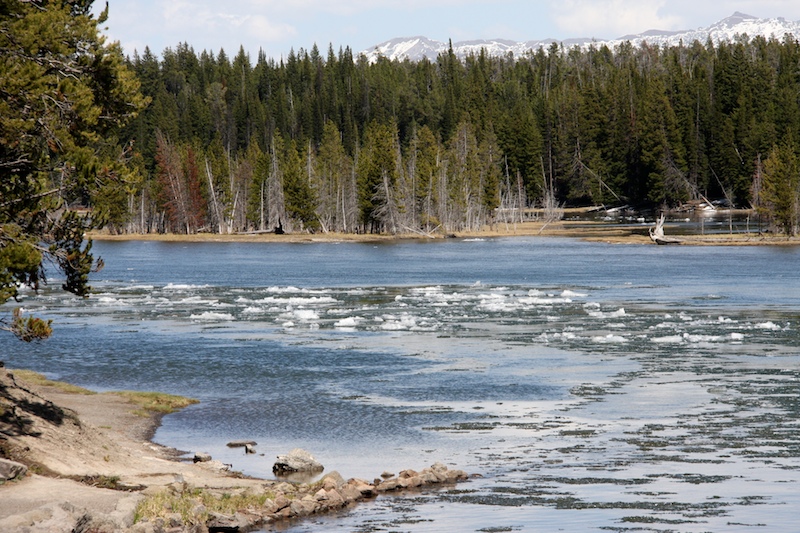 When some of the ice finally broke through to the other side of the bridge, it flowed freely to the river.

Of course I did another video for it. It's kinda long. You can skip to about a minute in to watch a big portion of it break through and flow through to the other side.

a visual feast. we learn so many things from traveling, stepping outside.

So nice that there was a classical orchestra on hand to accompany the ice!
Ice jams can cause a lot of flooding up here in the north country!