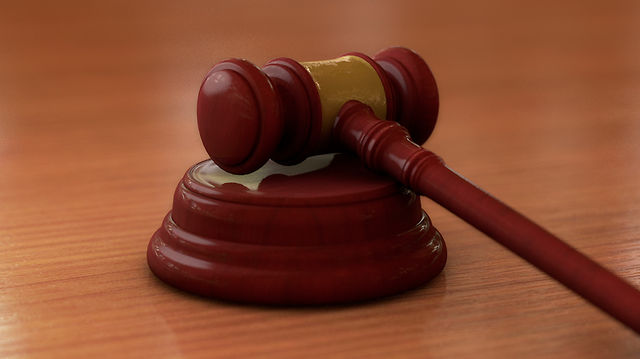 I spent 3 days going through jury selection. It was a big case. The trial was expected to last almost 3 months. It was a heinous crime and for over a week, I have been very anxious and nervous about it. I was called in last Monday and 200 other perspective jurors were there with me. But since it was a long case and lasted though the holidays, a lot of hardship grants were issued. Out of the 200 in the room, less than 20 filled out the juror questionnaire and were told to come back the following Monday, November 4th. I found out yesterday, the 4th, that they gathered perspective jurors for 3 days last week, but only a little over 100 people were were there yesterday morning.

I've been called in for jury duty many times, but for the 1st time since I was 18, I actually got called to a juror seat and was questioned by the lawyers to see if I would be a suitable juror. It was nerve wracking to say the least. I wasn't there to try to get out of serving, but I am not comfortable being in a position that judges someone that will completely affect his or her life. I was asked about how I felt about the 5th Amendment because the defense attorney may tell his client not to take the stand. I was asked how I felt about reasonable doubt, circumstantial evidence and direct evidence. They asked if I could set aside my own personal opinions and follow the directions and laws of the court without being prejudiced by what I believed personally. They asked me what neighborhood I lived in, my marital status, my and my husbands occupations, the occupations of our adult children if we had them and if I had ever served as a juror before.

Just being a perspective juror, I lost sleep, have had an upset stomach for over a week and breakouts on my face that I haven't had in over a year. I don't process stress very well. I'm blessed with a relatively stress-free life so when it happens, my body says "no sir, I don't like it." So when I was excused today, I felt a great sense of relief. I came home, did a bit of googling on the crime (we're not allowed to do any research whatsoever on anything related to the crime), told my closest friends and family who knew I was serving that I was excused and told them what the crime was (because of course, I couldn't tell them before), then fell asleep. I could finally put my mind to rest and my body shut down.

If I were chosen as a juror, I believe I could have been fair and impartial. I think I would have done a good job weighing the evidence. It would have been a very interesting trial to listen to. But, and I know I'm not alone in this, but the weight and emotion of this would have been excruciating. The lawyers even told all of us that it would be an emotional burden and hardship. I am so very very grateful that I don't have carry that burden. That I won't be edgy, anxious, nervous and possibly paranoid for the next 3 months. Not only am I grateful for being excused, I'm grateful that I was able to watch this process. It was a good experience. One I really don't want to have to experience again, but very glad I did. And if I do again, well, then I guess I may be a little bit more prepared for what the process could be.

gavel image from creative commons via here.
Posted by madretz at 11:02 PM

glad it's over for you. and just like you i've never been called before. the whole room had been dismissed after two hours on both occassions i reported for jury duty.

WOW... we do live parallel lives don't we? OlderSon just went through the same experience of jury selection and unlike you, he got chosen out of about 150 prospective jurors. It was a criminal case and all he could tell us was that it was not a murder and there was a minor involved and therefore there was a publication ban. He was in the courtroom for 11 days, then 3 days and 2 nights of deliberations. He said it was VERY stressful. But the verdict was NG, and he was allowed to tell us all about it when it was all over. WOW some people live very different lives to what I'm used to....

ugh. i was on a jury for three and a half weeks. it was pretty brutal. although a fairly simple trial, it happened to involve lawyers as defendants and it just would not end. by the time we got to the jury room, i was completely clear on my vote, turns out, i was the only one and i was kind of horrified by the way the other people saw things. it took a little while to sort out and although i am glad we have a trial system, i don't want to ever have to be part of it. so i totally get your feelings. it did keep me up nights too!